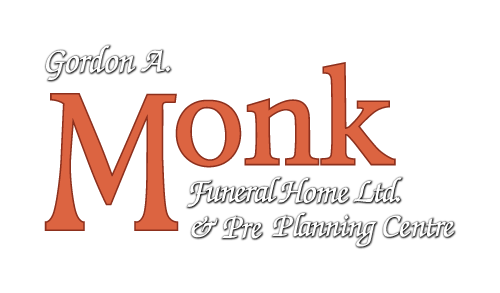 To share your memory on the wall of Jennifer Wahlroth, sign in using one of the following options:

With deep sadness the family of Jennifer Marie Wahlroth announces her passing at the age of 60 on May 25, 2021 after a long and hard-fought battle with metastatic breast cancer.

Jennifer was much beloved by her family and leaves to mourn: her mother Nancy Wahlroth, father Michael Wahlroth (Vera Wahlroth), sister and best friend Susan Wahlroth (Mark McDonald) and their children Duncan, Jack, and Chelsea Suggitt (Devon Suggitt and baby Gordie), and brother Michael Wahlroth (Anne Macdonald) and their children Riley and Carter. Jennifer was a dedicated and hands-on aunt and will be deeply missed by her niece and nephews.

Jennifer was predeceased by her husband Paul Rosset (2012) and also leaves to mourn the entire Rosset family.

Jennifer leaves behind a vast circle of friends who will miss her terribly. To her friends she was loyal, kind, generous, non-judgemental, and trustworthy. She was loved deeply by all of them for these qualities and for her amazing sense of humour! Jennifer wishes to convey her heartfelt thanks to her friends for their unfailing support both to her and her entire family over the past exceptional months and years.

Jennifer was born and educated in Toronto and attended the University of Toronto where she graduated with a Bachelor of Science in 1984. She was a member of the Pi Beta Phi sorority throughout university. Summer jobs mapping geology during her university years led her to Yellowknife, Northwest Territories which became her permanent residence in 1988 and was where she met her life partner Paul. His career in aviation led them on many wonderful adventures and they were together for 25 years before his death in an aviation accident in 2012. Jennifer moved back to Ontario after Paul’s death and has called Haliburton, Ontario home since 2014.

Soon after arriving in Yellowknife, she gravitated to the field of accounting and earned her CGA while undergoing chemotherapy after her first breast cancer diagnosis in 1999 at the age of 39.

Her diagnosis of metastatic breast cancer came ten years later in 2009. Over the past 12 years, Jennifer defied all odds and fought her diagnosis with grace and brave determination. She constantly researched clinical trials and new drugs and never complained or gave up the good fight. She endured years of chemo, cancer drugs, and radiation all while managing and running her husband’s two aviation companies after his death. She was loved by all of her doctors and nurses and was probably one of the few patients who was on a first name basis and had 24/7 access to her health care team. Jennifer was extremely grateful for her team at the Sunnybrook Health Sciences Centre led by Dr. Arjun Sahgal and her team at Princess Margaret Cancer Centre led by Dr. Philippe Bedard. As well, she greatly appreciated the outstanding and compassionate palliative care provided by Kianda Mauch NP and her team at Home and Community Care Support Services — Central East. In addition, she received very attentive home care provided by the ParaMed Home Health Care community nurses. Last but not least, Jennifer wishes to thank the wonderful doctors and nurses at Minden Hospital.

Jennifer was wickedly smart and led a full, exceptional life. She was well travelled, and an accomplished musician. She mastered several instruments including the bagpipes. She piped with the Northwest Territories Pipe Band and was honoured with the Floyd Adlem Award in 2008 for outstanding service. She also received an Honorary Lifetime Membership into the band in 2017.

Jennifer wishes to thank her entire family for being by her side during her long battle. Jennifer wanted to die at her beloved home on Moore Lake, Haliburton and this would not have been possible had it not been for their love and support. Her family in turn wishes to thank all of Jennifer’s amazing friends and especially Leni Keough and John Decker who were able to provide outstanding palliative and end of life care for Jen when it was getting beyond the family’s capabilities.

Cremation has taken place and a private memorial will be held at a later date.

In lieu of flowers, donations can be made to Haliburton Highlands Health Services Foundation at www.hhhs.ca/foundation or a charity of your choice can also be arranged through the Gordon A. Monk Funeral Home Ltd.


“If ever there is tomorrow when we’re not together…there is something you must always remember. You are braver than you believe, stronger than you seem, and smarter than you think. But the most important thing is, even if we’re apart…I’ll always be with you.”

Receive notifications about information and event scheduling for Jennifer

Donations are being accepted for: HALIBURTON HIGHLANDS HEALTH SERVICES FOUNDATION.

We encourage you to share your most beloved memories of Jennifer here, so that the family and other loved ones can always see it. You can upload cherished photographs, or share your favorite stories, and can even comment on those shared by others.

Posted Jun 06, 2021 at 08:41am
With heartfelt sympathy on the passing of a wonderful spirit.
Jenn was all that is right with the world. There was no downside.
She is a falling star, ever bright in our hearts, minds and spirits.
With thanks for her life and prayers for all her family and friends.
Love and peace,
June Cavers.
Comment Share
Share via:
EC

Posted Jun 03, 2021 at 08:27pm
Dear Wahlroth Family
I was stunned to see Jenn's obituary on the w/e. Although we had lost touch over the last decades I well remember her smile and dry witty comments that could create a spark in any conversation. She was a year behind me at North Toronto but we played in band, orchestra and marching band (Santa Claus parades and football games) together. I was also a Pi Phi at U of T and have many good memories of fun times and adventures with her. We also rowed for the Varsity Blues. Jenn was always game to give something a try and contributed wholeheartedly to any organization she joined. it sounds as though she lived a full life despite her personal loss and health challenges. Please know that I am remembering her and feeling blessed to have known her.
Erica (Bruce-Robertson) Cooke

Thank you Erica. It makes us happy that Jen made so many people laugh.
PM

Posted May 29, 2021 at 07:38pm
So sad to lose such a great person. I always really appreciated her sincerity, intellect and delightfully wicked sense of humour. Really feel for you guys, and the unbelievable care you personally provided to make her final months comfortable was way beyond amazing.
Comment Share
Share via:
SW

Thanks so much Paul for your kind words.
WP

Posted May 28, 2021 at 08:13pm
So sad. Three levels of school together, lived at 274 two streets apart. Jennifer was always a friendly friend and will be remembered, her brightness, smile. Cancer is taking too many of our women. My sincerest condolences to Jennifer's mother Mrs. Walworth, and your family.
Comment Share
Share via:
SW

Thank you so much Wayne. Your memories and comments are appreciated.
HS

Flowers were purchased and a memorial tree planted for the family of Jennifer Wahlroth. 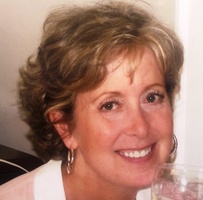